Flea as a musician (as an artist, in whole) - discussion

Michael Peter Balzary (born October 16, 1962), better known by his stage name Flea, is an Australian-born American musician and occasional actor. He is best known as the bassist, co-founding member, and one of the composers of the rock band Red Hot Chilli Peppers with whom he was inducted in 2012 into the Rock and Roll Hall of Fame. Flea also briefly appeared as the bassist for such bands as What Is This?, Fear and Jane's Addiction. More recently he has appeared as member of the rock supergroups Atoms for Peace, Antemasque, Pigface and Rocket Juice & the Moon. Flea has also collaborated with many artists including The Mars Volta, Johnny Cash, Alanis Morissette and Young MC. More: en.wikipedia.org. 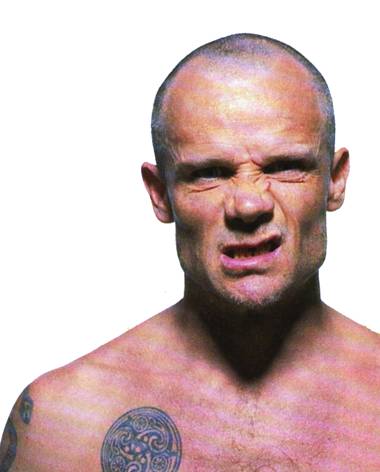