On December 2, 2014, the UFC and Reebok held a press conference to announce an exclusive deal for Reebok to become the worldwide outfitter for the UFC, beginning in July 2015. Financial terms of the six-year partnership were not released, but UFC officials said that though the agreement represents the most valuable non-broadcast contract the company has ever signed, the UFC will not directly profit from the new deal. Instead, company execs said the deal is structured so that the "vast majority of the revenue" from the deal – taking out only the costs associated with administering the new program – will be paid directly to UFC fighters.

The new deal means that beginning with fight week for UFC 189 in Las Vegas, existing sponsors will no longer appear on fighter clothing – not only on fight night, but also at all pre-fight media appearances – and in-cage sponsor banners also will be eliminated. Fighter camps also will be outfitted with approved clothing to create a uniform look in athletes' corners. More: en.wikipedia.org.

Yes, very much Yes I'm neutral about it No No, very much see voting resultssaving...
0 opinions, 0 replies
Add your opinion:
Challenge someone to answer this topic:
Invite an OpiWiki user:
OR
Invite your friend via email:
@
click for template
x
OR
Share it:
Share this discussion via OpiWiki smartlink:
OR 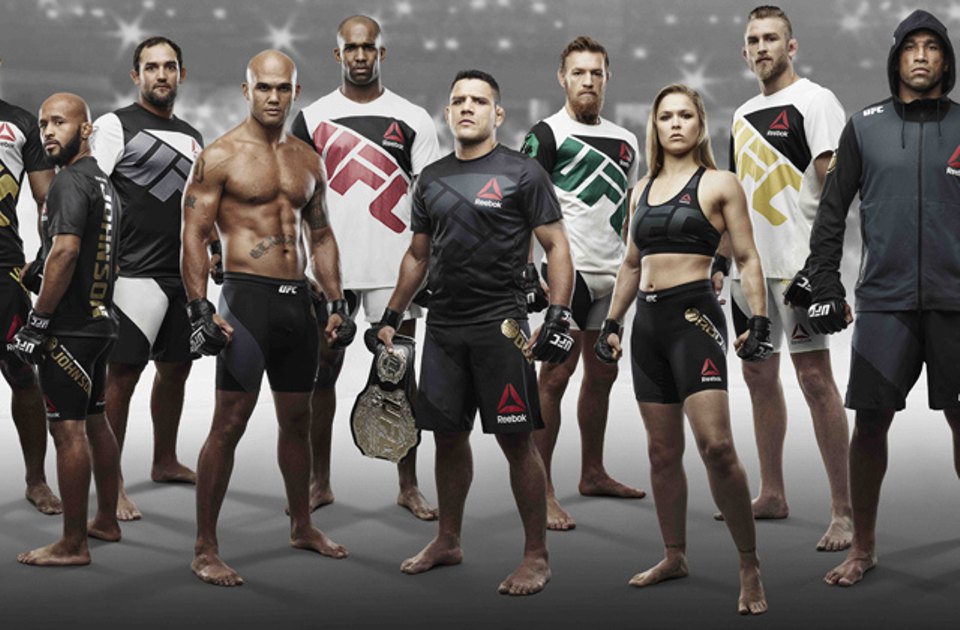 Who would you like Conor McGregor to fight next?

UFC
2
Are MMA fights too brutal to you?
Would you like to see Tyson Fury vs. Cain Velasquez fight?

Should oblique kicks be allowed in MMA?
3
Should transgender fighters be allowed to compete in women divisions?

MMA rules: Should it be allowed to grab the fence?
Who will win Aldo vs. McGregor fight?

Cormier vs Gustafsson
Would you like to see Fedor Emelianenko vs. Mariusz Pudzianowski fight?