Batman as a fictional character - discussion

Batman is a fictional superhero appearing in American comic books published by DC Comics, as well as its associated media. The character was created by artist Bob Kane and writer Bill Finger, and first appeared in Detective Comics #27 (May 1939). Originally named "the Bat-Man", the character is also referred to by such epithets as "the Caped Crusader", "the Dark Knight" and "the World's Greatest Detective".

Batman is the secret identity of Bruce Wayne, an American billionaire, industrialist, and philanthropist. More: en.wikipedia.org. 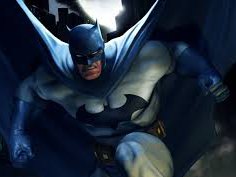